swissmiss: Desktop Folders for your Walls 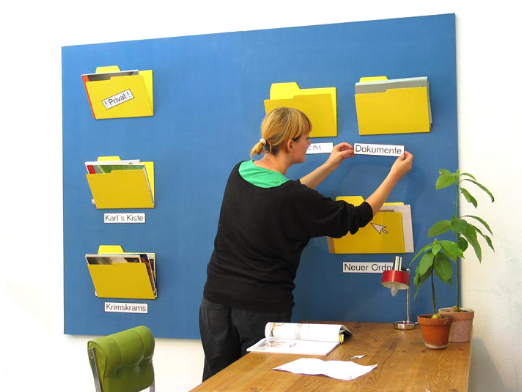 In an extraordinary, but not unfamiliar move, the rock legend Prince is using an army of lawyers to launch attacks on his own fans. Several of the largest web communities dedicated to the artist have received notices to cease and desist all use of photographs, images, lyrics, album covers and anything linked to Prince's likeness. It is our belief that these threats are not made in an attempt to enforce valid copyright as Prince alleges in his threats, rather we believe they are attempts to stifle all critical commentary about Prince. We strongly believe that such actions are in violation of the freedom of speech and should not be allowed. Prince claims that fansites are not allowed to present any artwork with Prince's likeness, to the extreme that he has demanded removal of fan's own photographs of their Prince inspired tattoos and their vehicles displaying Prince inspired license plates. Prince's representatives have requested that the fansites provide them with "substantive details of the means by which you [the fansites] propose to compensate our clients [Paisley Park Enterprises, NPG Records and Anschutz Entertainment Group (AEG)] for damages..."

The owners of the three largest fansites supporting Prince: www.housequake.com, www.princefams.com and www.prince.org supporting Prince have come together to fight back to what amounts to an injustice to the fansites and the very fans who have supported Prince's career, many since the very beginning nearly thirty years ago.

It is their hope that Prince will reconsider his position and allow these fansites to continue their existence without constant threats from Prince and his attorneys. Should this not be possible, the fansites are fully prepared to defend their position in the proper court of law, as well as fully prosecute any claims to which they are justly entitled.

The owners of housequake.com, princefams.com and prince.org acknowledge that, while Prince is entitled to control of his copyrights, it should be within the law. The law clearly provides for displaying of images of a celebrity's likeness for newsworthy events or matters which are considered to be public interest. All three websites feel that the photographs and/or likeness displayed on their websites clearly fall within the public interest category. Additionally, the use of photographs is legal based on the fair use doctrine, i.e. the displaying of album cover art, or the collage headers created by website members using a variety of different photographs.